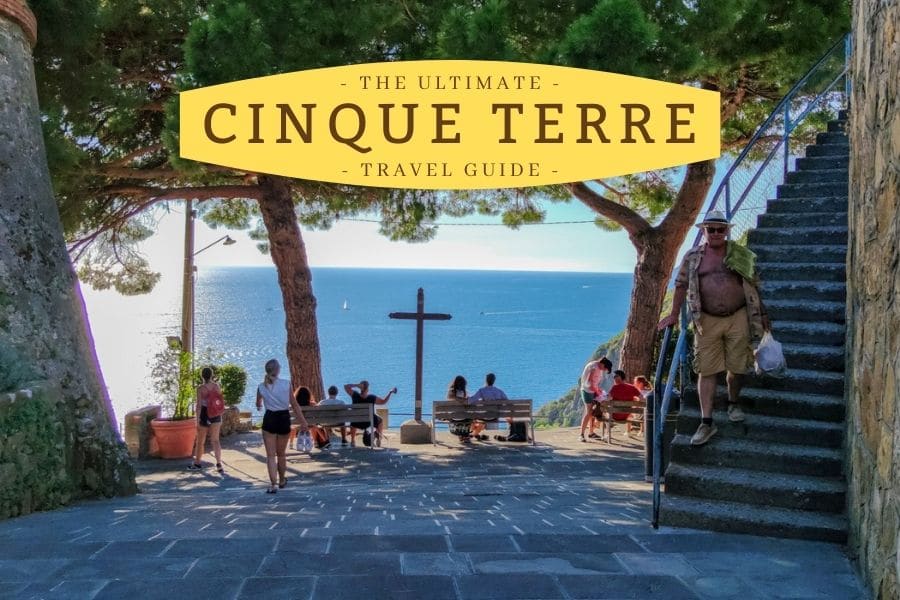 Italy has many famous places and big cities. Hotspots like Rome, Venice, Milan, or Amalfi Coast aren’t unknown to anybody. However, there is a region in Italian Riviera which is not so well known for the people who are not familiar with Italy. It’s called Cinque Terre. Even though it gets more and more crowded every year, it’s still not so well-known as the similar scenic place Amalfi Coast.

From this Cinque Terre travel guide, you find information about five villages, things to do and see, how to get there, and some tips and tricks.

What is Cinque Terre?

The history lies back to the 11th century when the first Cinque Terre villages in Italy were settled in the Liguria region. These villages of Cinque Terre were meant for the fishermen and their cottages, also to grow on the steep slopes grapes, olives, and lemons. Over time the economy didn’t go well, because they were isolated and it was complicated to keep up with bigger towns that had better transportation. Everything changed in the 1970s when the area was discovered as a tourist attraction. From that time that area is fed by tourism.

It also means Five Lands. So the name already gives you a little hint that it has five separate “lands”, consisting of five villages:

Not to mention that these five towns, coastline, and the surrounding hillsides are sited to UNESCO World Heritage and are part of Cinque Terre National Park.

It’s the northernmost village of Cinque Terre. Biggest among five towns. Monterosso is divided by a tunnel into two: the newer part is known as Fegina and the older part Paese Vecchio with typical narrow medieval streets. The Fegina area is more crowded in the coastal line with several restaurants and accommodation options. Surroundings are dominated by lemon trees with some additional grape and olive fields.

What to see in Monterosso?

What to do in Monterosso?

What to eat in Monterosso?

What to see in Vernazza?

What to do in Vernazza?

What to eat in Vernazza?

Some more local and traditional places to eat:

Corniglia is the only village in Cinque Terre coastline that is not accessible directly from the sea. The middle village of five is 100 meters above sea level. A hilltop village is surrounded as peculiar to Five Lands by vineyards. Because there is no port, the locals were more focused on farming than fishing.

What to see in Corniglia?

What to do in Corniglia?

What to eat in Corniglia?

Corniglia is the smallest Cinque Terre village but still, there is plenty of options to taste local cuisine:

It’s believed that Manarola is the oldest among all the villages of the Cinque Terre. The local economy has thrived for ages with fishing and wine-making. While fishing might not be the main thing anymore, then the opposite, wine production is still essential. With local wine, multicolor buildings, and rocky shore – Manarola is one of the most unique among 5 towns of Cinque Terre.

What to see in Manarola?

What to do in Manarola?

What to eat in Manarola?

It’s one of the most popular town among the tourists, so there is plenty of variations of local cuisine:

Riomaggiore is the southernmost village of the Cinque Terre. It’s characterized as peculiar to five towns with colorful buildings, narrow maze streets, and rocky shore. Because buildings are built together, it looks like the biggest village of all Cinque Terre (Monterosso are more separated and scattered). Riomaggiore offers the most magical sunsets.

What to see in Riomaggiore?

What to do in Riomaggiore?

What to eat in Riomaggiore?

Now it comes down to a question: where to stay in Cinque Terre? Villages aren’t big, buildings have kept their old aura, no new buildings, and no big hotel chains. Because of its high tourist area and villages of the Cinque Terre are small, means that there is a high demand for accommodation. This is an opportunity to put higher prices on that unique area.

In short, it’s not a budget traveler spot. However, there are some options for tight wallets.

It all depends on the season (summer is high season), the time you booked in advance, and are there any events nearby. It isn’t something that will make you broke. With accommodation, you can taste these magical five towns at its fullest.

How to get to Cinque Terre

It’s located in northwest Italy. The biggest cities around the villages of the Cinque Terre are in the northwest way Genoa (about 90 km away), in north Milan (230 km away), and in southeast way Firenze (180 km away). All these big cities mentioned above are well connected in addition to cars with Italian Regional Railway. Check out the trains from Omio.

If you decide to be more flexible, then I recommend renting a car, because it’s the best way to discover all corners of Italy. From DiscoverCars you will find a range of options that suit well for Italian roads. In Cinque Terre, I recommend parking the car at Monterosso al Mare.

Villages of the Cinque Terre are situated on a rocky coastal side and back in the days, these fisher villages were only reachable on foot by walking paths or by the sea with boats.

Nowadays you have more convenient options to discover the area. They stand close together on a 20 km coastline. There are some reasonable and some not so reasonable ways to move around.

Options to move between Five Towns

How long to stay in Cinque Terre? From below you will see how your days look like, depending how long is your trip around the five towns.

In that case, you don’t spend a night in any five villages. You have to start your day early in either Levanto or La Spezia or other close-by locations. It is possible to discover all places with rail transportation and you even have time to hike between villages of Cinque Terre, see local sights, try some local food or wine and have a lazy time on the beach.

I wouldn’t recommend scheduling everything in one day. Firstly you only have a couple of hours to spend in each five towns. You will miss and skip some landmarks. Last but not least you will be in the rush and you can’t feel relaxed.

Going there for two days, you don’t have to stay in either of the Cinque Terre villages. There is a chance to stay also either in La Spezia or Levanto and move from there by reasonable train. With a train schedule, you can spend a long days in five towns and even witness that magnificent sunset. But with accommodation, you will be in the center of the Five Lands atmosphere all day and night.

On the first long day, you can explore three villages of Cinque Terre and taste and feel local culture, food, wine. You name it. The next day complete your mission with two last villages and feel relished from the magical “Five Lands”.

Again when it comes to spending a night then there are two logical options. But now I highly recommend spending at least one night in either village. In that case, you are taking it slow and enjoying your moment in these villages of the Cinque Terre, like one vacation should be.

With no rush, you can have a lazy beach day in Monterosso, have gelato for a warm day in Vernazza, hike to Corniglia, taste local white wine in Manarola, eat local seafood in Riomaggiore. Take your time and feel the local life.

It’s pretty expensive place, not so many budgeting options. But there are always some options to spend less, and so it with Cinque Terre.

There are additional costs for hiking trails and trains (single tickets responsively 7.5 and 4 euros). To cut down these single costs you can buy Cinque Terre Cards for trekking only or trekking and free train ride cards. Trekking card includes no entrance fees for hike trails, free bus services within the parking area, and reduced fee to the Civic Museums in La Spezia. From trekking and train cards you have the same benefits as previously mentioned, plus a free train ride between La Spezia – Cinque Terre – Levanto and vice versa.

The cards will be money-saving when you want to hike and use the train over two times. Adults prices for trekking cards for one day 7.5 euros and two days 14.50 euros. Trekking plus train express card prices for adults are for one day 16 euros, two days 29 euros, and three days 41 euros. More information about the cards.

If you are a budget traveler and want to keep expenses as low as possible, then you might start your adventures to five towns from La Spezia. It’s the closest bigger town to Cinque Terre with cheaper hostel prices. You can spend long days and even look at the sunset thanks to the train system.

Five villages stand on the beautiful coastal area and around are many different small picturesque places. Going to the north along the Italian Riviera and keeping next to the coastal area you can hop around in some lesser known Italian villages like Sestri Levante, take a turn to Portofino, explore the hidden beach San Fruttuoso. In the south is another hidden gem Porto Venere, the famous Pisa tower and historical Firenze.

Cinque Terre isn’t something that you just hop in, see some villages and sights. Then get checked as done. Here you take it slow, get a feeling, having a good amount of time, and aren’t in a rush. Be relaxed and enjoy your vacation in the beautiful Italian Riviera.

Are you a solo traveler, with a partner, friends, or family? It is always a good idea to spend your quality time villages of the Cinque Terre. Read more about Italy: 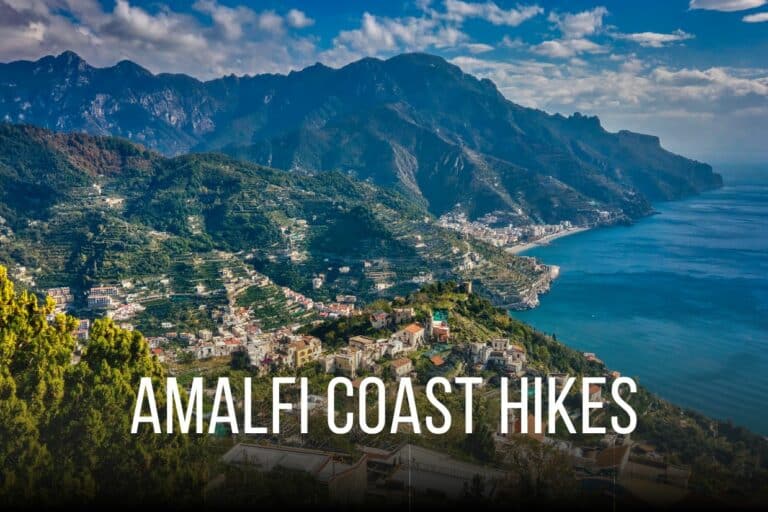 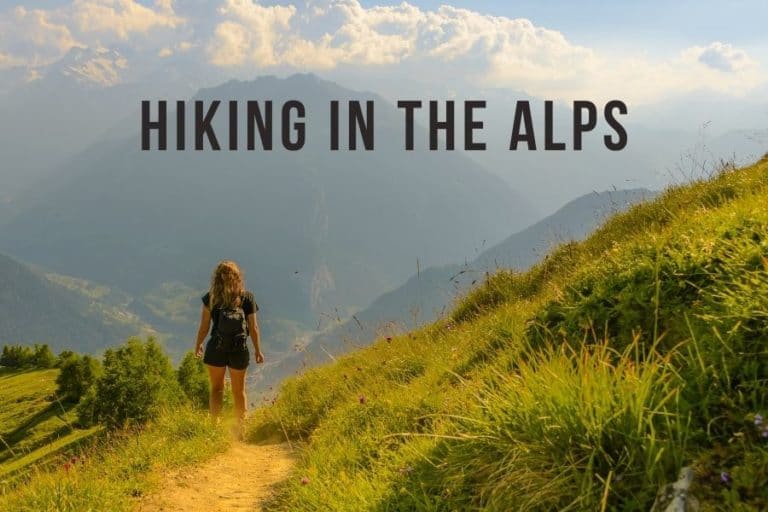 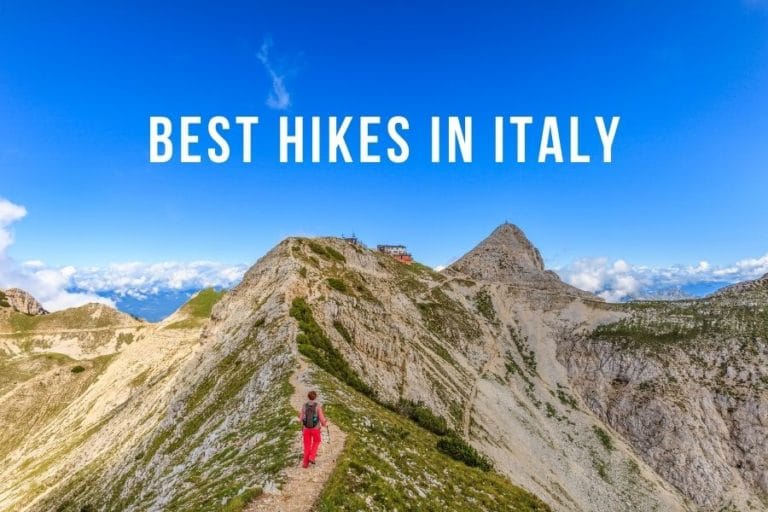